When I started doing the majority of my Xamarin development work on macOS rather than Windows, there was one thing that drove me insane: The lack of the NuGet package manager that’s been a staple of Visual Studio for years. 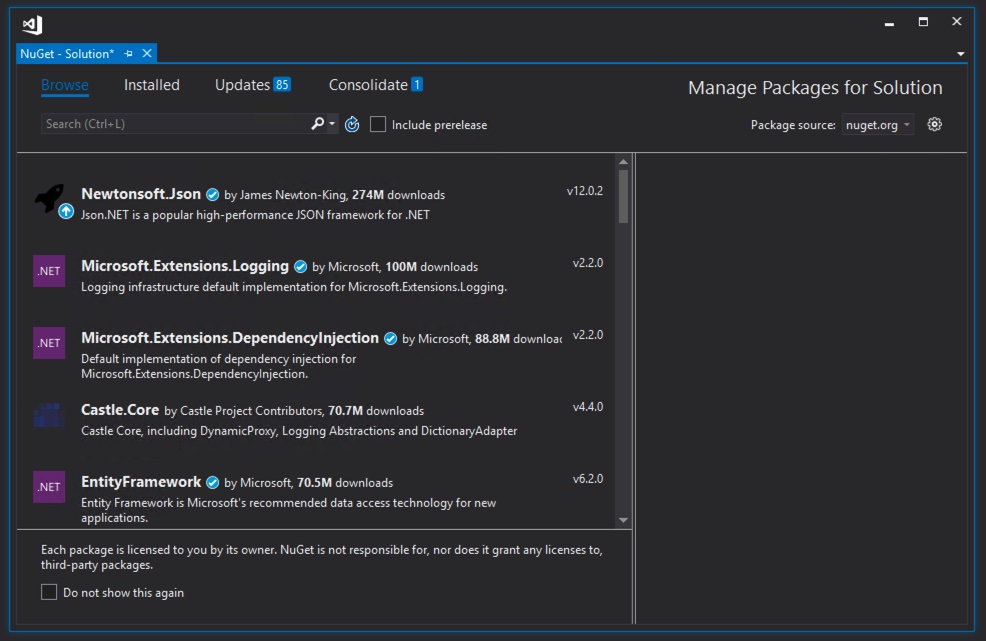 It was almost enough to make me switch back. However, the performance gains of not running a VM were more time saving (even with the time consuming package management) to make it worth while. If we didn’t develop for iOS/macOS/tvOS etc, this wouldn’t be a problem. However, almost every Xamarin developer I’ve met generally has a requirement to target these. If it weren’t for Apple’s requirement to have a physical Mac piece of hardware running macOS, and Visual Studio for Mac has been amazing, minus said package manager.

Well that has FINALLY changed! It appears in the latest Visual Studio 8.3 Preview that the Windows Visual Studio has is now available on its macOS counterpart. 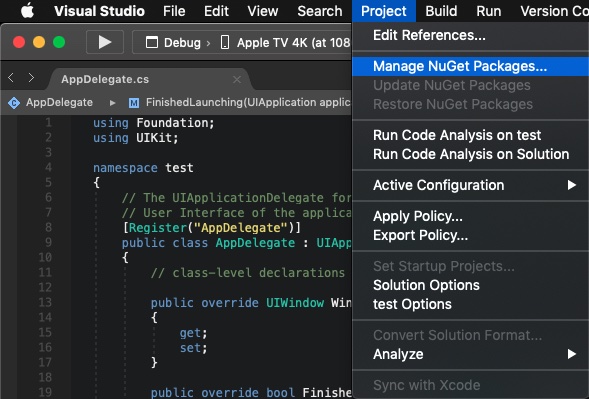 This now enables you to add or remove solution wide packages: 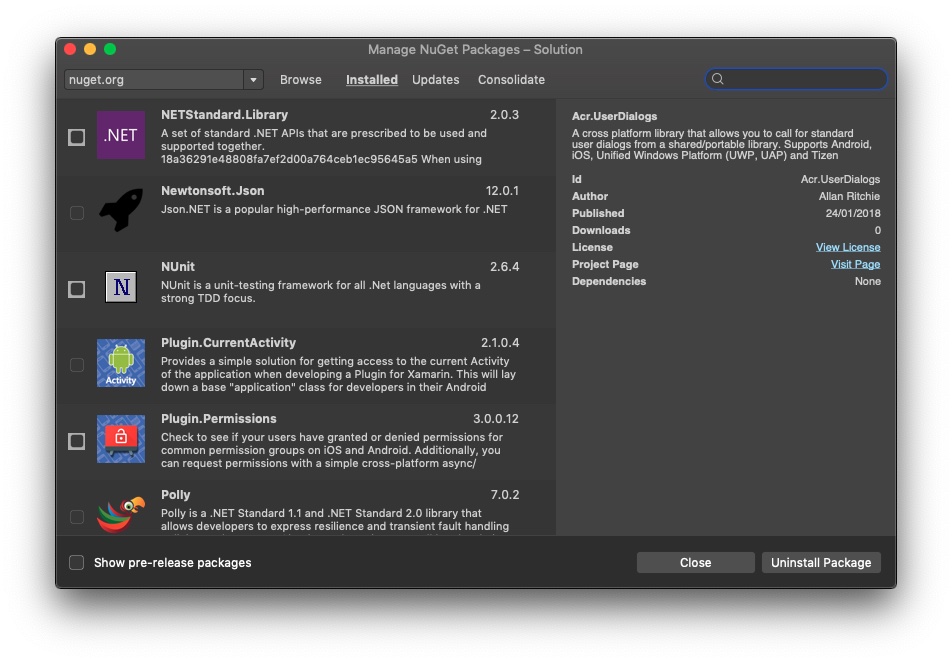 And update packages for all projects at once, instead of tediously going through and right-clicking > Update for every project, or worse, having to set a specific version of a package that isn’t simply the latest: 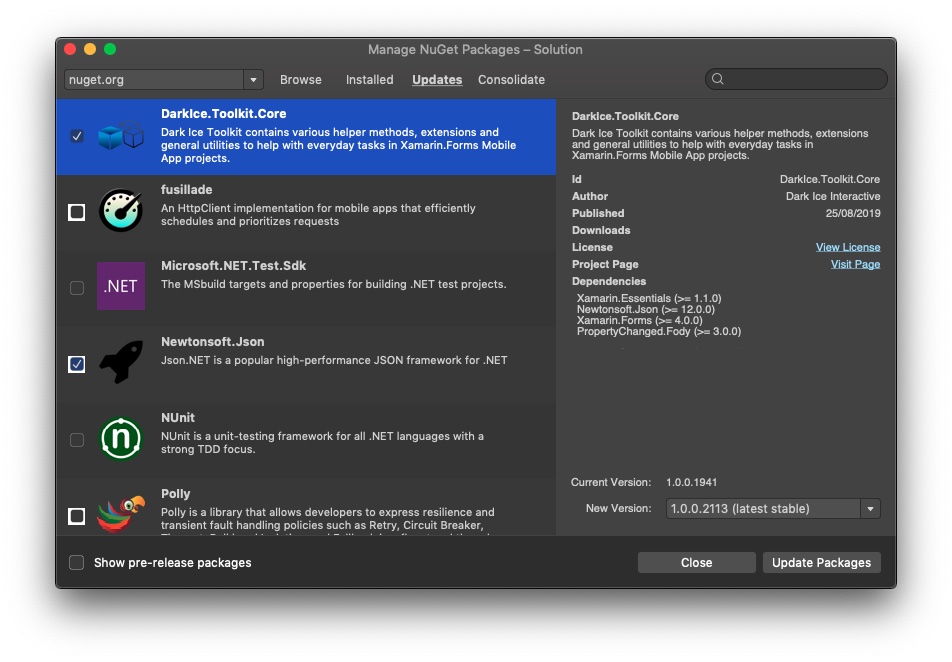 Finally, it lets you consolidate all packages, something that without the above options seems to have happened to quite a few projects I’ve worked on now that I can see all of this information: 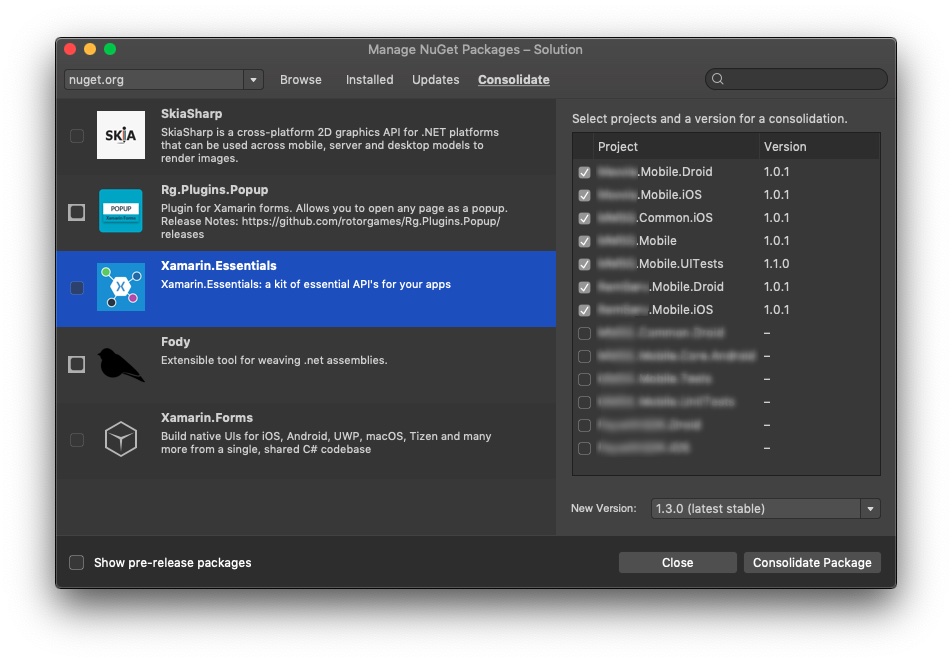 So a huge thank-you from myself (and I’m sure a lot of other developers) to the team at Microsoft for including this in the latest Visual Studio for Mac!

Matt has been developing software for over 17 years and these days specialises in cross-platform app development. He's developed dozens of apps on several of the app stores including apps hitting #1. Matt's worked for large software companies, enterprise size organisations, the Australian government as well as various startups on cutting edge technology. Originally from New Zealand, Matt currently lives in Brisbane with his wife and a Jack Russell and Westie.